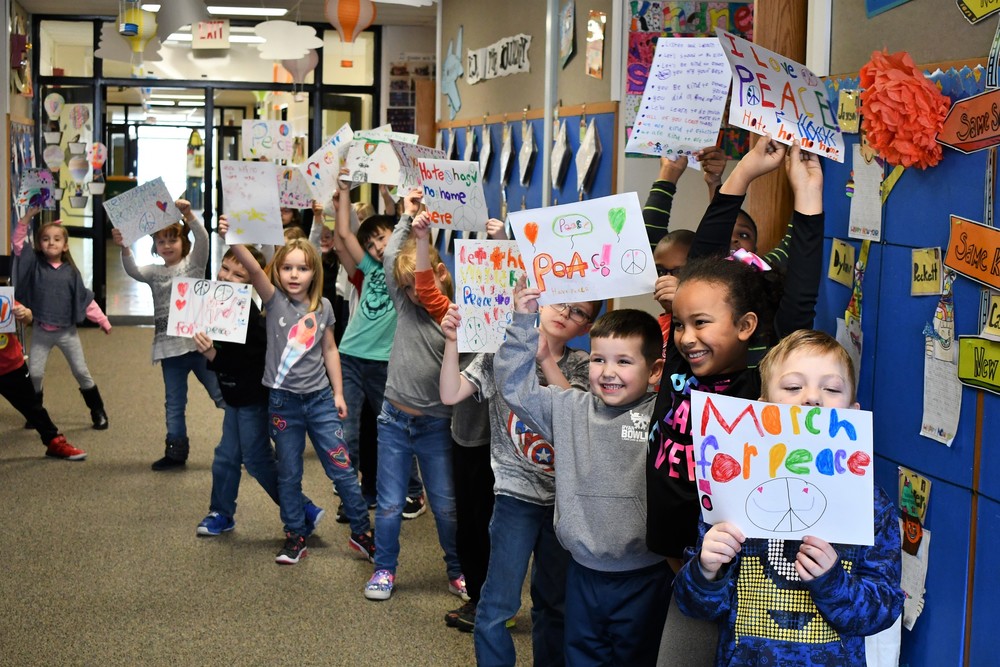 March for Peace at Gale Elementary
A. Pickrel
Friday, February 07, 2020

The students in Ms. Moreno's first grade class held a March for Peace on February 7, 2020 through the hallways at Gale Elementary School.

The class started the week before and leading up to Martin Luther King Day spending an entire week learning about him, before spending the next week on Ruby Bridges, then ended with Rosa Parks.

According to Moreno, "We would chart our growth of knowledge about each person to see how much we knew beforehand and afterwards. After learning about the 3 individuals, the students came to the realization that all 3 of them had several things in common including the fact that they were all African American. They asked if I noticed. I said yes, and there is actually a reason for it. We spent this week discussing Black History, learning how it came about, why it came about in the first place, and why it matters today. We compared it to Earth Day. We don't just decide to care for the planet one day a year, but we want to take care of it the best that we can every day. Same for Black History Month. We shouldn't just celebrate African American accomplishments for one month of the year, but throughout the year. For example, I talked about how Martin Luther King's words and message are a constant in my mind throughout the year because kindness, compassion, and equality are very important to me. To continue to make it relate, along with the march, we watched Google's short BHM add where it shows African American moguls as Google's "most searched" to show it's not just a thing of the past. It showed many moguls they are familiar with as well.   We chose our message we wanted to share as a class and the power behind it. They were extremely excited about the idea and I think their passion showed through the creativity they shared with their signs and it really showed even more when they marched. I could tell they felt empowered, and important. They knew they had a special moment. It was amazing to see."

First grade student Sariah G. explained what inspired the class to conduct the peace march, "Martin Luther King did not like the way that black people were treated, he wanted to march to get equal rights for black people, so we want to spread peace and that is why we marched."

In her own words, Beckett B. described why the march was done in silence. According to Beckett, "We learned about Martin Luther King, and he didn't talk during his march, so we did it the same way to spread the message in our school." 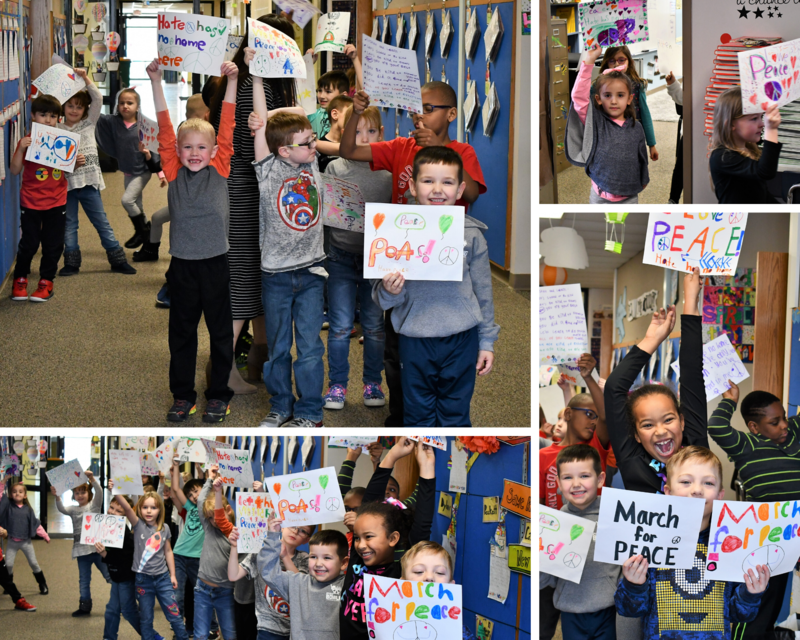